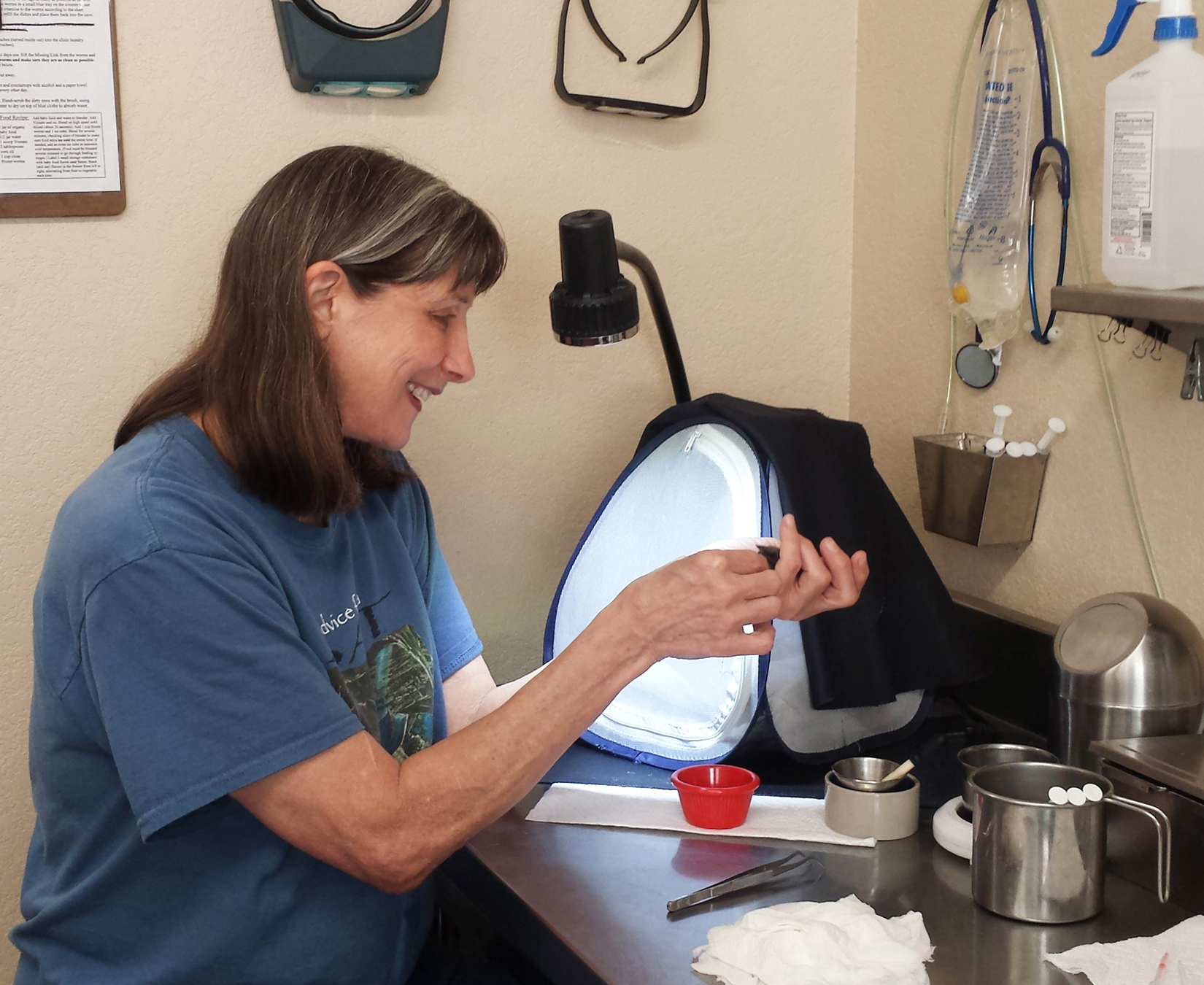 Amanda Lollar is Founder and President of Bat World Sanctuary, and an author of both scientific and popular literature about bats, including her most recent work, The Rehabilitation and Captive Care of Insectivorous Bats.  Amanda is a licensed bat care specialist in the State of Texas, permitted to work with threatened and endangered species.

Growing up she had the unique existence of bouncing between the life of an army brat and a farm girl, and -starting with a crippled chicken- began rescuing animals at around age twelve. In 1988, she found an injured bat on a hot Texas sidewalk. She nursed it back to health, and in the process this small helpless creature taught Amanda the enchanting language of bats, sparking her indelible love for this remarkable species.

In 1994, Amanda liquidated her furniture business to found Bat World Sanctuary. She credits her military upbringing with giving her the discipline it took to keep the organization going despite tremendous odds, and credits her farm life for enabling her to love all creatures great and small. She also credits her disciplined upbringing to beating her malicious cyber-stalker in court.  Animal rights attorney Randy Turner, represented Amanda free of charge.  In June of 2012, after a 4-day bench trial the cyber-stalker was ordered to pay Amanda Six-Million dollars in damages for her “egregious as well as malicious as well as intentional” defamation. At the reading of the verdict, Judge William Brigham compared the reputation of Amanda Lollar to that of Jane Goodall. The entire judgement was upheld by the Texas Court of Appeals in an unprecedented 76 page opinion. It was also upheld by the Texas Supreme Court. Despite now having (with interest) a ten-million dollar judgement against her, this cyber-stalker still stalking and defaming Lollar to this day.

Since founding the organization in 1994, Amanda has volunteered her time to Bat World Sanctuary 7 days a week, 365 days per year, 12 to 16 hours per day as the executive director and lead animal caregiver. In 1995 Amanda discovered the song of the Brazilian free-tailed bat and later discovered that these bats have over 25 different vocalizations they use to communicate. In August of 2016 Amanda received The Carol Noon Award for Sanctuary Excellence and has twice been nominated for the Indianapolis Prize, the world’s leading prize for conservation.  Click here to read her CV.